How Does a Hold Harmless Clause Work in the Construction Industry?

Construction work, by its very nature, is a high-risk type of business. It usually is not a matter of if a loss occurs, but when and how much. When a loss does occur, such as an electrical wiring fire, all the parties involved with the project generally point the finger at the other parties.

In the construction industry, having a hold harmless clause in a contract is one way that a specific party can ensure that another party involved shares, or pays the cost of, an incurred loss. General contractors and owners commonly use hold harmless clauses to reduce their exposure to risk, thereby helping them maintain lower insurance premiums.

Express indemnification is a written agreement in the contract that will secure or protect a person from the legal responsibility of a loss. Essentially, it holds a person harmless and a person responsible. The indemnitor is the named person taking responsibility for a potential loss or risk. The indemnitee is the named person to be protected. There are generally three types of these clauses used in construction contracts. Be cautious, as some of these clauses can even be found within the fine print of a purchase order.

A Type Three, also called a comparative fault clause, will hold the indemnitor liable for the loss or extent of loss he/she causes. For example, a contractor could agree an owner will be harmless in any claims related to the project, but only to the degree the claim was partly or entirely caused by the omissions or negligent acts of the contractor.

A Type Two, also called an intermediate form clause, is the most commonly used. The indemnitor assumes all the risk unless the indemnitee is attributed as the lone cause of risk. For example, a contractor could agree an owner will be harmless from any claims related to the project if the claim is caused partly or entirely by an omission or negligent act by the contractor and without regard to if the claim was caused in part by an omission or negligent act by the owner.

A Type One, also called a broad form indemnity clause, involves the indemnitor holding the indemnitee harmless from risk, even if the indemnitee is the cause of the entire loss. For example, a contractor might agree to hold an owner harmless for any and all claims related to the project, without regard to whether or not the owner’s negligence was the sole cause of the claim.

Due to the fact that construction is such a highly competitive business, many subcontractors and contractors often feel forced to assume total liability on a construction project, regardless of fault, in order to win the bid for the project. The contractor can easily go bankrupt if an accident happens with losses more than the contractor can cover. Many states have sought to protect the construction industry by passing laws that limit the types of clauses allowed in contracts. In most cases, the state where the work is being performed will be the applicable state law. For example, a company in Michigan wrote a construction contract with an intermediate form clause for work to be done in Delaware. A loss occurred and the Michigan company attempted to hold the contractor responsible through the clause. Even though Michigan recognized such clauses, Delaware did not and threw it out.

Overall, those at the top of the ladder, such as the owner and general contractor, favor hold harmless clauses. After all, they only benefit by leveraging blame downward. For the subcontractors at the bottom of the ladder, these clauses are much less appealing. While a common part of the doing business in the construction industry, having a hold harmless clause with a general contractor or owner that has a reputation for unsafe operations or excessive demands might not be the best idea.

To learn more about how we can help, please contact a Smith Schafer professional. Click here to contact us. We look forward to speaking with you soon.

END_OF_DOCUMENT_TOKEN_TO_BE_REPLACED 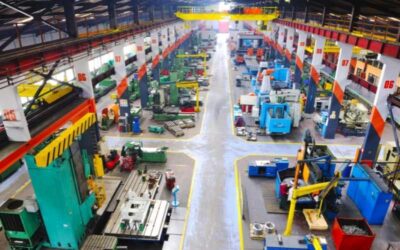 Creating and operating a business usually starts with a great idea, capital investment by one or multiple owners, and hard work. While the main focus of an owner should be on day-to-day operations, there are always items that should be in the back of their mind for events down the road.

END_OF_DOCUMENT_TOKEN_TO_BE_REPLACED 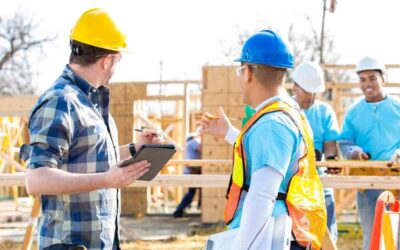 How to Prevent & Detect Fraud in your Construction Company

In 2022, the Association of Certified Fraud Examiners (ACFE) published its Report to the Nations, a global study on occupational fraud. The ACFE surveyed 7,890 examiners and reported that internal fraud drains more than $3.8 billion annually from global businesses